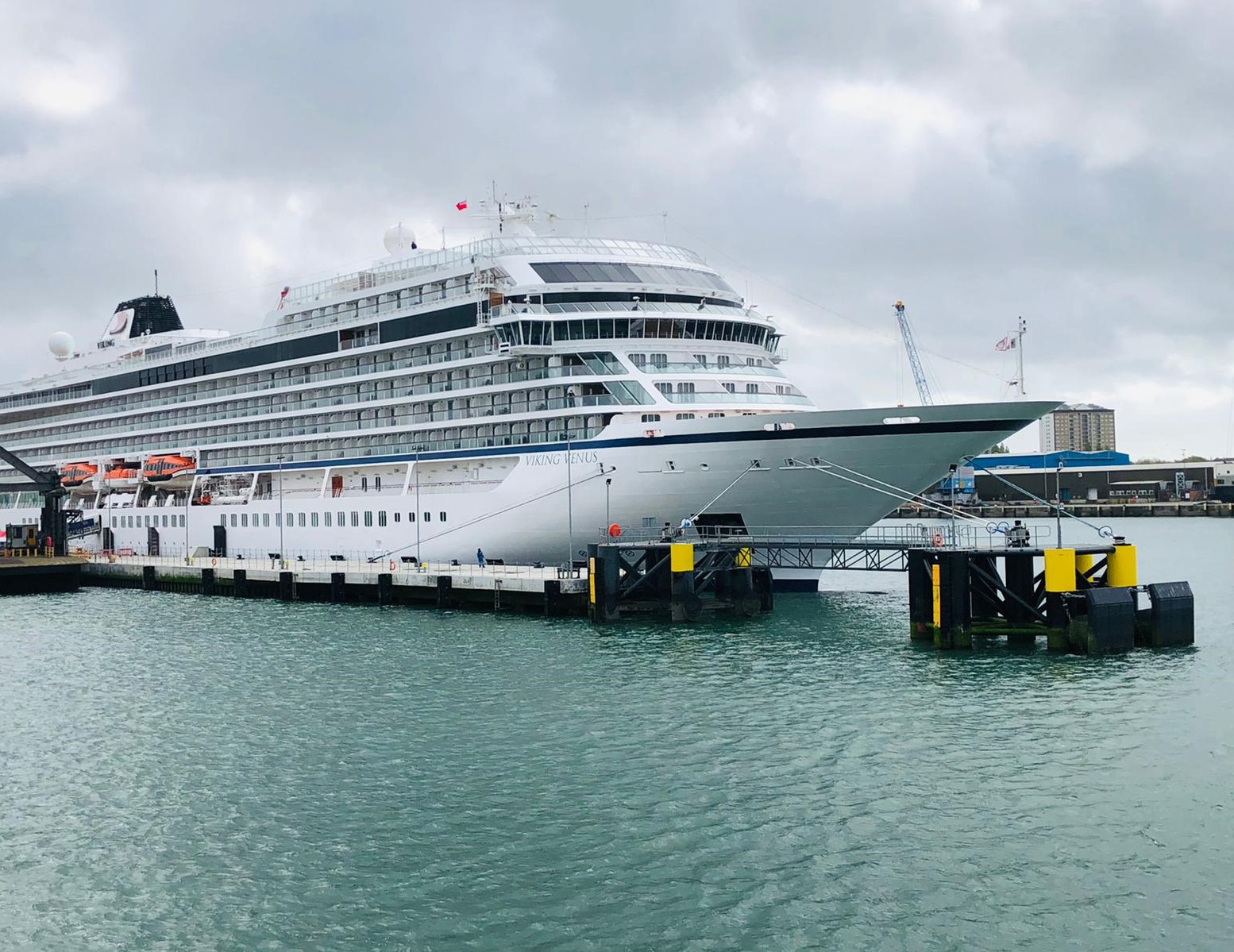 Our Portsmouth stevedoring company Southern Maritime Services (SMS) has helped the port take a major step towards the restart of cruising from the UK by supporting the first cruise departure from the port in eight months.

Viking Cruise Line started the cruise programme from Portsmouth moving again when some 200 passengers boarded the new ship for a sold out eight-day voyage around the UK Coast. Calls will be made in Liverpool, Falmouth, the Scilly Isles and Portland.

Strict Covid protocols meant that passenger capacity on the newly-built Viking Venus was limited with the ship normally able to accommodate over 900 passengers. It was the first of five turnaround calls that Viking Venus will make at Portsmouth during early summer before she heads off for a European season.

SMS Cruise Manager Paulo Oliveira explained: “We have spent several weeks preparing for the restart of cruising to ensure that the resumption of operations went smoothly at Portsmouth. Special plans were in place to safeguard passengers within the new Covid procedures and we are looking forward to operations gathering pace over the next few weeks as round UK cruising gets moving again.”

Portsmouth is due to host around 50 cruise ship calls during this summer, with SMS providing services for a mix of turnaround and day callers. Among other ships debuting at the port will be Virgin Voyages Scarlet Lady, which will start a series of cruises from the port in August.