Pathfinder supported SCH in pulling out all the stops to ensure that the visit to Southampton of Azamara Club Cruises’ new ship for her official christening ceremony was a success.

Having supported SCH on Azamara Pursuit’s two previous visits to Southampton earlier this summer, Pathfinder personnel were on hand to help ensure a smooth disembark for hundreds of passengers as they left the ship after a  voyage to Iceland via ports in the UK and Ireland.

Then came the preparations for a spectacular christening ceremony in Southampton before the ship, which can accommodate over 700, made a short Channel cruise for specially invited guests.

Once Azamara Pursuit returned to port, SCH and Pathfinder swung into action to get the ship ready for her final UK-based voyage of the season with baggage and stores needing to be loaded before she sailed from Southampton for a cruise to the Iberian Peninsula.

With a hectic three days of moves within the port and a short cruise before the wide range of preparations needed for her departure for Western Europe, it was a period of intense activity for the SCH teams, helped by staff from Pathfinder.

SCH Cruise Operations Manager Paulo Oliveira explained: “It was a demanding series of operations but a great opportunity for Azamara to highlight the qualities of their new ship and we were delighted to support Azamara Pursuit for this special call in Southampton.” 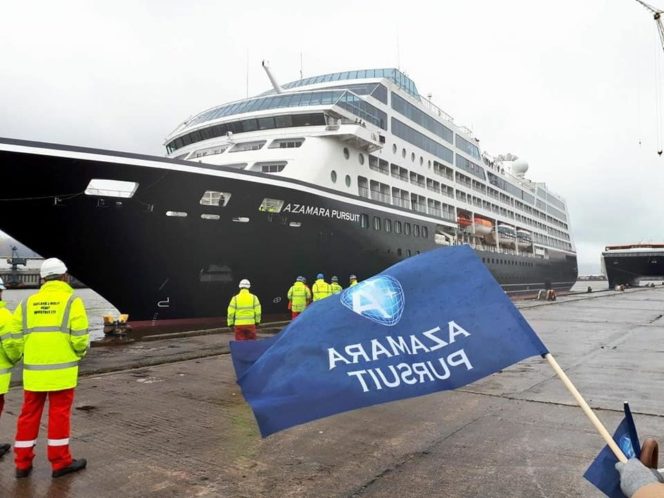